The I am brigade and what they say (brag about ) in no particular order or in any order of dislike, some are not this season but still in my head.

The pricks you help, for example somebody asking for location of a ground. You help with an old post off the same site (easily found) giving the location / address of said ground.

Response was pathetic with no word of thanks, ungrateful sod. The person in question is a self righteous arrogant perick.

Never thought he was like that but another NOT to help in future. I don’t want a feckin medal but a quick ‘ta’ would be nice. I always thank someone if they are of help. 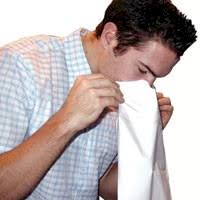 ‘I am intrigued as to how the Golden goal ticket would generate a prize of £100, which as you say was a very large amount of money.
Surely the tickets would only have cost 5 or 10p each? Were it the latter, then 91 tickets sold would generate £9.10…..were the club really paying out 11 times the income raised?’

He thinks there were only 91 tickets sold.

FFS What about all the seconds , der.

Please don’t post the game score on line until I’ve watched the video of the game.

I knew the poster was a plonker but PLEEEASE.

I will post details of funeral when known if wife wishes them to be made public.

Response, I want to know anyway.

EDIT. Even send a private message and get NO FUCKING RESPONSE ,  ungrateful inconsiderate insensitive wanker.

1] Feckin moron who on an obituary column asks who else is dead from a team the deceased played for.

2] Pricks that go on and on about needing this or that to complete this or fucking that, boring. Yawn , yawn.

Makes me comment to keep them in their place.(Tutting thingy).

eg = ”The only reason for my attendance was that it re-completed the Leicester & District League again.”.

3] This is what makes hobby Micky Mouse.

Late Jersey arrival scuppered our plans somewhat. Only managed the first half but as we had travelled so far made sure we got two grounds in.

4] ”It may be a weekend of four games in three countries”. Yawn.

5] ‘Into single figures on my unvisited NIFL venues now.”

Only ever read one of his posts when he completed the 92 , he made sure Brighton new about him doing it  , piece in the programme, mentioned on tannoy  , bought his souvenirs and then the prick left the game early to catch a train , what a feckin knob !!

8] Some idiot from Bournemouth telling us all where he’s going egg chasing ( his childish words ) on a football ( round ball ) where are you going thread.

Egg chasing has it’s own thread.

Give me feckin strength. WRONG GAME.

10] ”Yet another Saturday mystery tour.
Ian J and I thought we were going to Route One Rovers at Dixon Academy in Bradford, as the Morley Town secretary had confirmed the game was on at a 3g.There is indeed a 3g there, but it seems that Route One may now be playing at Zara academy.
We did not know this as the two teams came out for a game on the grass pitch, it turned out to be
Fairbank U 3 Lepton Highlanders 4
Yorkshire Amateur League.

AMOTHER CONTENDER FOR THE SPEW BAG.

Someone has just filled this in to tell us their not filling it in.

”This signature has been intentionally left blank.”

12] On same site as above , at one time a favourite site , nowadays  piss poor.

‘I’ve sent you a private message’ , posted on line. If he’s on line, he will have received it , DOH.

13] Posts going missing that moderators don’t like on what used to be a popular Non League Forum.

It’s now full of I’m , I’ve, I , PLUS the majority have never heard of a search engine.

Gone to a new ( poorer) format , many old posters haven’t bothered migrating across yet ?

The visitors, 2nd in the table, took an early lead and with the strong wind behind them, expected them to add more against the hosts, who were 2nd bottom and started with 10 men, but it wasn’t until just before half time that JPM scored their second goal. The visitors still had more of the play early in the second half but found the going more difficult with the wind against them and the hosts broke away and pulled a goal back on the hour and a few minutes later equalised with the goal of the game, a strike from a tight angle into the roof of the net from the left hand side. It wasn’t long after that the visitors restored their lead and then soon after a couple of home players hobbled off injured and they suddenly found themselves down to 8 men and when the visitors scored a fourth goal the home linesman was encouraging his players to walk off so the referee would have to abandon the game, one player did just that after the fifth goal went in, and when the visiting #10 completed his hat trick another walked off reducing the hosts to 6 and the referee, who I think was a stand in as he was dressed in civilian clothes, had no choice but to blow the final whistle.

Feckin embarrassing from someone at Spurs who watches kiddies football.

‘The 92’ had never entered my head at that stage. It was only the eleventh different ground I had seen a match on, whilst tonight was a rather quirky number, as this was ground visit number 3,333 in England (5,368 worldwide).

Such low totals ! (especially as he counts Reserves / friendlies AND kiddie winkies.)

16) Bad info from one who is usually factual but is first to slag off other peoples errors. Same ‘I AM’ poster as post 15.

”Tottenham have this season (2019/20) moved into their new 62,062 capacity stadium, having played at Wembley Stadium in the interim, since leaving their ‘White Hart Lane’ stadium in May 2017.